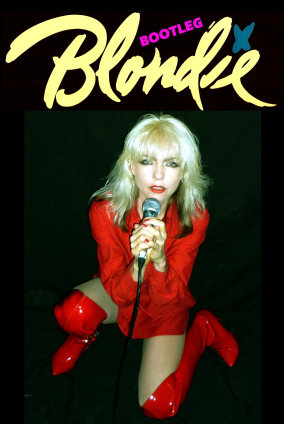 BOOTLEG BLONDIE is Europe's Official Debbie Harry & Blondie tribute band Debbie Harris and the boys have met the REAL Blondie and been officially endorsed by the band. Debbie Harry got in touch when she heard we were playing CBGBs in New York City to wish us "Good luck with your show!"

Debbie Harris, lead vocalist of Bootleg Blondie, has the looks, the voice and the attitude of the original Blondie Bombshell and like her heroine is typically outrageous on stage. She has been known to wear dustbin liners, thigh length boots and t.shirts with more holes than t.shirt!

Debbie has appeared as a Deborah Harry look-a-like on TV and has also been featured in the The Sunday Observer newspaper.

Click to enquire about Blondie tribute act by Bootleg Blondie