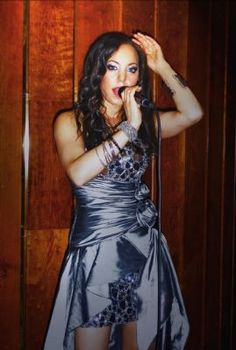 Jass has been compared to the modern day diva Leona Lewis ever since "The X Factor" catapulted her to huge success back in 2006. She has a powerful voice combined wirh great vocal sensitivity and also has the ability to deliver a high falsetto that is a trade mark of Leona Lewis.

With striking green eyes due to her mixed heritage she even holds a great natural resemblance to Leona. Her performance is so accurate to Leona's distinct style you will believe the real thing is on stage in front of you.

Jass is an established and professional singer and Leona Lewis tribute act and has performed her shows all over London and the UK. In 2013 Jass also performed her Lovely Leona Tribute Show at the world’s largest arts festival - Edfringe in Scotland.

If you are looking for a true diva experience the Lovely Leona tribute show by Jass is a great choice with her stunning vocals, hitting those big notes, combined with great sound. With amazing Leona style dresses and the utmost dedication and professionalism the show brings you as close as possible to witnessing the real Leona Lewis perform.

Professional PA System, sound FX and Lights Show can all be provided. The show can be tailored to your budget and venue requirements.

There is an audio sample of Leona Lewis tribute act by Jass Meagher here:
1. Medley