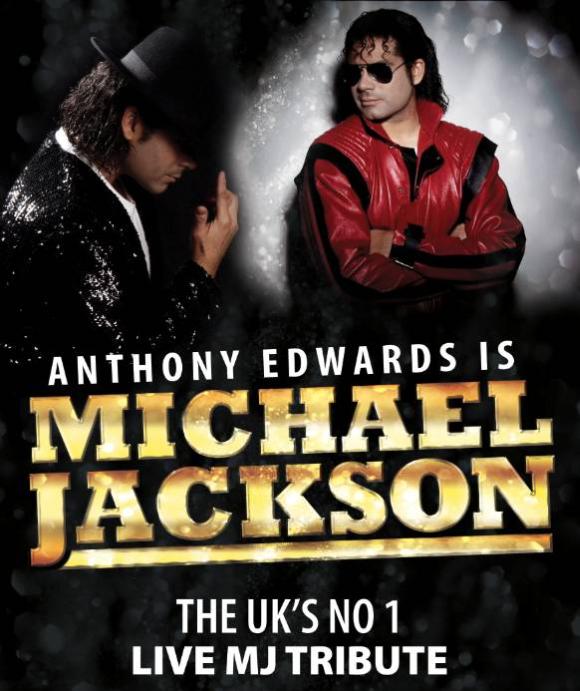 Anthony Edwards is The Ultimate Michael Jackson Tribute. Here is the show that celebrates the career of the world's greatest entertainer. Moonwalking his way around the world, Anthony brings to life the sensational dancing and distinctive sound of Michael and the Jackson 5.

The show is 100% live either as a solo act or with a band and dancers, anything up to 90 minutes with all the classic Michael Jackson songs. It includes the hits: I want You Back, ABC, Beat It, Thriller, Billie Jean, Smooth Criminal, Black or White, Man in The Mirror, Hold My Hand, plus many more!