Rory J is a professional tribute artist with a worldwide following with his impersonation of the looks, sounds and dance moves of Michael Jackson. Known as "The Dancing Machine", Rory truly lives up to that name!

In 2016 Rory took to the stage in Britain's Got Talent Series 10, and the judges loved him. He impressed the panel with a dance performance of Billie Jean and Jam to show off his slick moves and incredible Moonwalking skill, to get four "Yes" calls, taking him through to the next round of the Semi-Final.

Simon Cowell said, "If I was watching that from another 100 feet away, I would have believed that was Michael Jackson!" Stephen Mulhern later said "In 10 years of Britain's Got Talent, my favourite contestant has to be Rory Jackson as Michael Jackson. He is outstanding!"

Rory Jackson has rapidly gained his reputation as The Best Michael Jackson Tribute Act ever seen. Rory offers fine attention to detail with his onstage energy and dance skills. 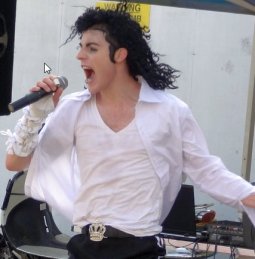 Rory offers the perfect look-a-like appearance as he is the same height, build and weight as Michael Jackson. That is not a wig! He has his own, real Michael Jackson look-alike hair, eyebrows and hairline, permed in the BAD Era hairstyle. Rory also possesses MJ's stage presence and this will make you feel like the man himself is dancing for you. If you want to see MJ's moonwalking magic up close and personal, then RJ is the man to come and see!

Rory Jackson can be booked as a solo act or with "The RJ Dancers" that gives you 2, 3 or 4 dancers backing Rory through all the famous dance routines, matching the exact moves in the finest detail.

There is a video sample of Michael Jackson tribute act by Rory Jackson on Youtube here: 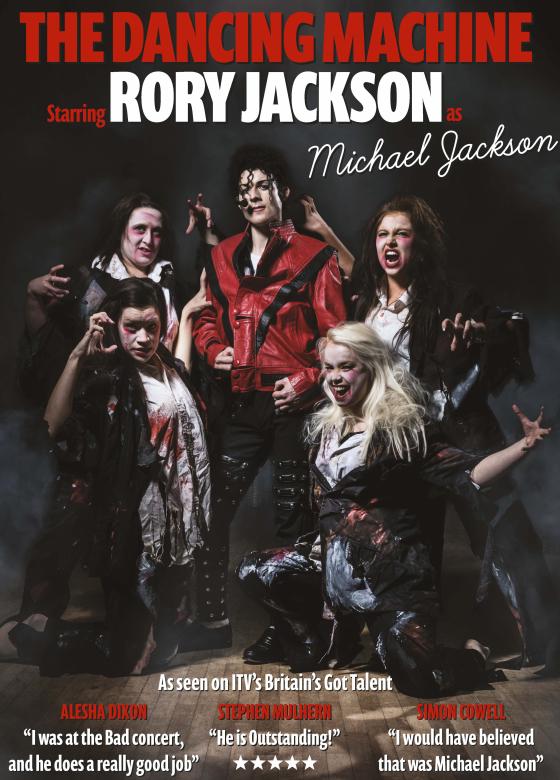