The Starlettes Motown and 60s tribute 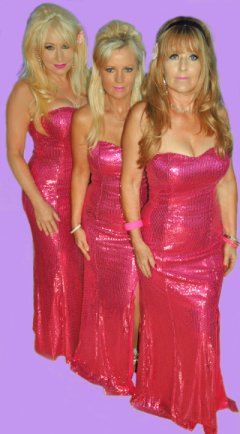 The Starlettes are Gyp Romay, Wendy Morgan and Bel Barnes, a 60s tribute to the girl groups and female recording artists of America and England.

The Starlettes sing the songs of The Ronettes, The Shangrilas, The Angels, The Shirelles, The Supremes, Martha Reeves and the Vandellas, Dusty Springfield, Lulu, Mary Wells, Darlene Love and many more.

They particularly lean towards Phil Spector's famous "wall of sound", bringing to life the sounds of the 60s in a thoroughly authentic way, with the songs, the voices, the looks, and the style of a time in musical history that no one will ever forget.

To add to the already impressive song lists, The Starlettes have added some well-known Motown/soul sounds to their sets such as Get Ready, My Girl, Heard it Through The Grapevine, I Can't Help Myself (Sugarpie Honeybunch), Heatwave and Nowhere to run.

The Starlettes are party music through and through, filled with a timeless nostalgia, their music will bring nights to cherish and remember. You can listen to samples below.

Gyp started off as a dance teacher and martial arts instructor, but her secret dream was to be a singer. That came true for her in 1991 when she she got the position of lead singer in a blues/rock Commitments style band in 1991, and hasn't stopped singing since!

Gyp sings many varied styles, one of which is the ever popular American Songbook jazz classics. She also performs in a successful Amy Winehouse tribute band and has also performed a Lady GaGa tribute.

Wendy ("Tink") has spent 37 years as a performer on Stage, Screen, Radio and Television both in the UK and overseas. Her musical career has run in tandem with her acting career which has seen her win a Most Promising Newcomer award for her work in the John Schlesinger film YANKS and receive nominations for Best Actress Olivier and Evening Standard Awards for her work in the title role of the National Theatre production MARTINE directed by Sir Peter Hall.

Wendy has worked with such illustrious names as Dame Peggy Ashcroft, Dame Helen Mirren, Glenn Close, Richard Gere, Anthony Hopkins, Charles Dance, Elizabeth Taylor, Dominic Cooper and has recently appeared in the BBC 1 series TRUCKERS. Musically Wendy has been on the road with Dave Finnigans COMMITMENTS and BACK TO BLACK - THE AMY WINEHOUSE EXPERIENCE, the vintage duo TWO FOR TEA plus numerous solo and session work and original compositions one of which is currently being used for a charity campaign.

Bel has been a bass player/backing singer in her own band for 8 years. She has provided backing vocals for a variety of bands and styles, from Rock, to original harmonies for song writers.

Bel runs a successful music studio. She has always loved music and always enjoyed singing backing vocals, with a particular love of vocal harmony. With The Starlettes Bel has ventured into some very easy-on-the-ears lead singing, her unique voice adding a sparkle to the two other lead vocals. 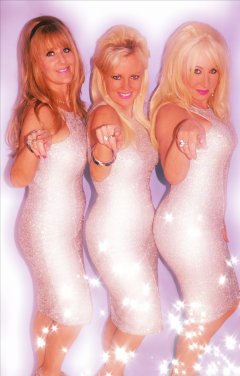 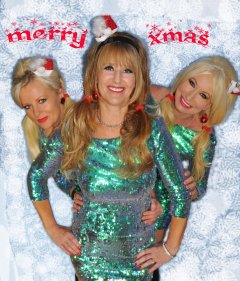 The Starlettes give a very special performance reserved for the festive season, singing the songs of the very popular Phil Spectre seasonal album, A Christmas Gift For You.

There are some audio samples of The Starlettes Motown and 60s tribute here:

4. Walking In The Rain


Click to enquire about The Starlettes Motown and 60s tribute