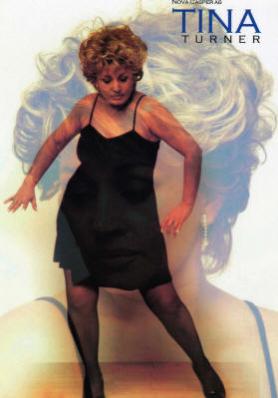 Travelling the world, Nova has been entertaining audiences with her explosive identical vocal style of the Queen of rock and roll, Tina Turner.

A professional artist with more than 26 years of experience, Nova is now considered one of the country's premiere Tina Turner sound and look-a-likes. Nova is a talented vocal coach and has been a backing singer to many tops stars such as Gloria Gaynor as well as a session backing vocalist to David Bowie, Lulu and Bobby Womack.

Nova has appeared all over the world from Hong Kong to Europe and has performed at venues as diverse as The Royal Albert Hall and the Reading Festival.

Nova performs as Tina Turner in a solo show or with top Rod Stewart sound and look-alike Gerry Trew in a Tina Turner and Rod Stewart tribute evening. This is a real night of party fun finishing with some legendary duets.